Aihole is an offbeat temple town in north Karnataka and famous for its unique semi circular temple architecture. The temples feature sandstone architecture and lush greenery all around. If you are planning a visit to Badami and Pattadakal, we tell you why you must include a visit to this stunning place!

You’ll find everything you need to know to plan a trip to Aihole, Karnataka in this blog post. This guide contains details on which temples to see in Aihole and what time to visit. In addition, there are some beautiful photographs to inspire you to visit this marvel on your next north Karnataka trip! 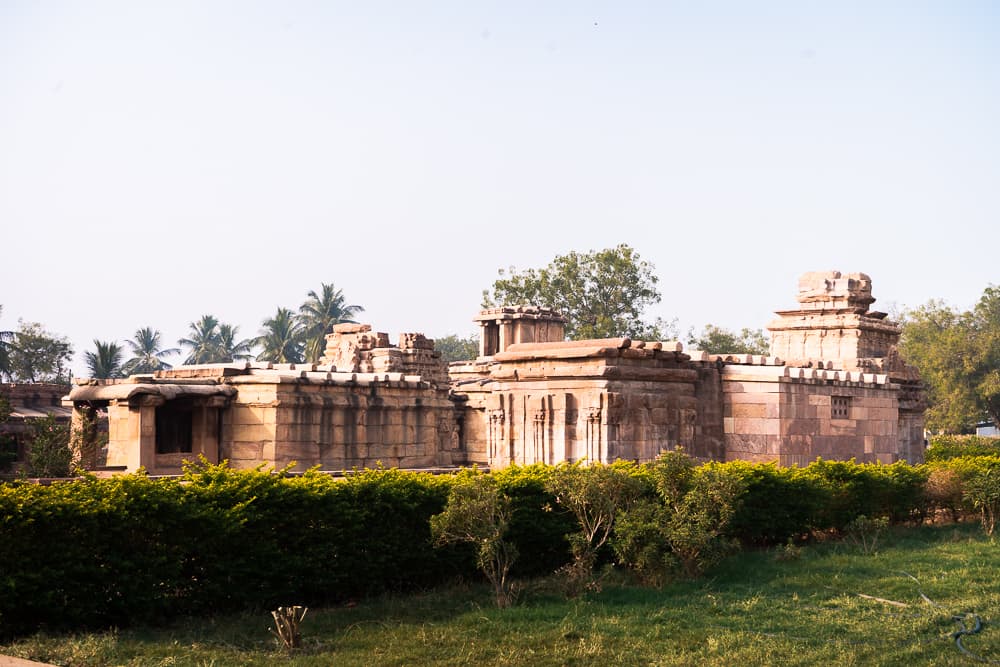 Our experience of visiting Aihole

We visited Aihole on the second day of our two day visit to the triangle of Badami, Pattadakal and Aihole. It is one of north Karnataka‘s most popular tourist spots and very evident when you enter the premises!

We entered the Aihole monument complex on a cold December morning at about 9 am. It was absolutely beautiful with the golden glow of the sun touching the sandstone walls of the temples. The timing also seemed perfect since we only saw five other visitor groups and could enjoy some of the exclusivity to explore slowly and click photos.

The main temple was our favourite because of its unique design and the lush greenery around it. That gave the orange and brown hued monument a more stunning character! Overall, we spent more than an hour admiring Aihole before heading out to Bijapur.

Pin it to read later!

Aihole was a capital of the Chalukya empire in the twelfth century. It was supposedly home to over 125 Hindu temples. The Archaeological Society of India continues to excavate the site and its surroundings even today. Aihole is also famous for its inscription dating back to 634 AD. It is a poem composed by the Jain poet Ravikeerthi and praises the achievements of Chalukya ruler Pulakesi II. But the story behind the name ‘Aihole’ is even more fascinating!

Lord Parashurama was an incarnation of Vishnu in the Dashavathara. He was returning after avenging his father’s death and reached the banks of the Malaprabha river. He stooped to wash his blood stained hands and battle axe which turned the river red. A women shouted “Aiyo, holé” (meaning ‘oh no, the river!’ in Kannada) on seeing this and the name stuck forever.

Tip: We recommend visiting Aihole before 9 am to enjoy your sightseeing experience. The ASI and Karnataka government have worked together and painstakingly maintained this marvellous site. We’ve listed a few of the most important temples here that are not only easily accessible but also very beautiful. In addition, you can read a little bit about their history as we learnt from the guides.

This is the largest and most beautiful temple in Aihole. Although built in honour of Lord Vishnu, people called it the Durga temple since it is located beside the ‘Durg’ or ‘fort’ walls. The temple features classic Dravidian architecture and Chalukya styling. This temple is often seen in drawings and paintings due to its unique design.

This temple was initially built like a Panchayat hall with multiple sanctums. There is a Shiva Linga idol and a bust of Nandi inside. It is said that the beautiful architecture drew a muslim prince who converted it into his residence. Hence, the unusual name for a Hindu temple. In addition, a similar monument called the Gowda temple stands nearby. It was built in honour of Goddess Bhagavathi and features 16 solid stone pillars. 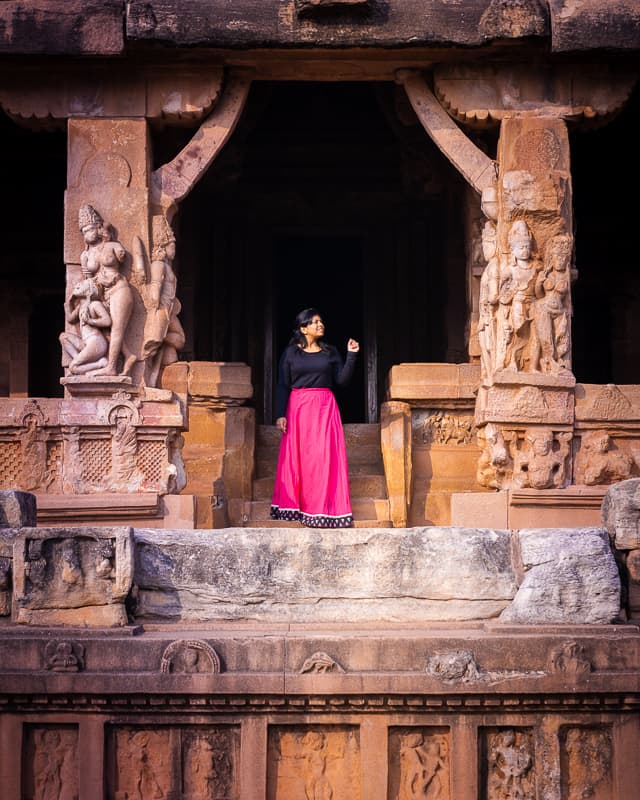 The Meguti temple was built in 634 AD but had fallen into ruins over time. It is regarded as one of the earliest Dravidian monuments in the region and hence a lot of effort has been put towards renovating it and restoring its beauty.

A neighbouring rock temple dates back to a century before that. It is called as the Ravana Phadi cave temple and features three entrances. It was built in honour of Lord Shiva and his wife Mahishasura mardhini.

Both of these temples were built in the seventh century and honour the trinity (Brahma, Vishnu and Shiva) and the Sun god (Surya) respectively. These temples also feature vestibules in front of the sanctum of the temples. The Konti temples are another group of four temples in Aihole.

Tip: You can hire the services of a certified Temple guide right by the ticketing counter. You may see many guides approach you to offer a small tour starting from as little as INR 200. 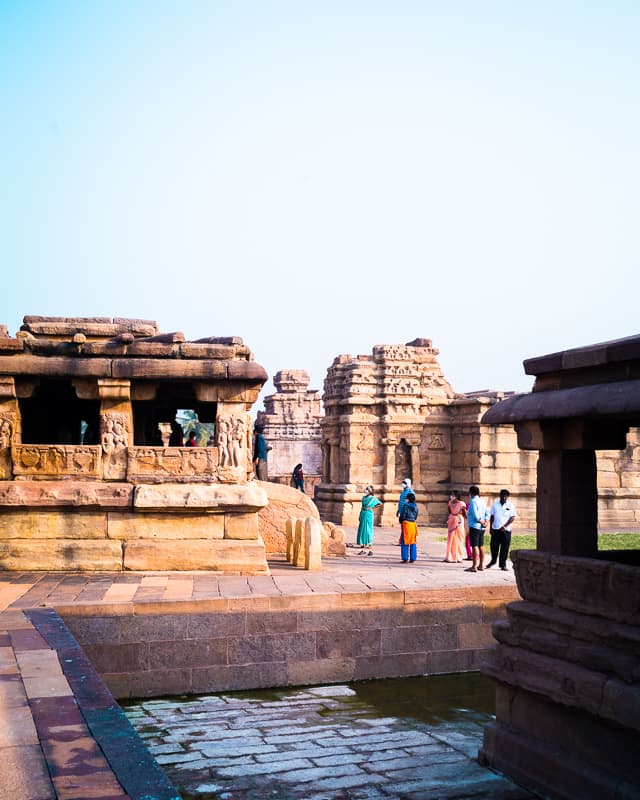 Planning a trip to Badami, Pattadakal and Aihole in Karnataka

It is best to visit Aihole along with Pattadakal and Badami. Badami is one of the most popular tourist spots in Karnataka and it is famous for the four rock cut cave temples. All the caves feature valuable carvings and statues. And there are some impressive sunset hills and a lake with great historic importance too! Pattadakal is equally impressive. It features many sandstone monuments along river Malaprabha and covers a massive area! Karnataka is indeed a very beautiful part of India! It is very popular for its greenery and architecture from the yesteryears. In fact, it is our home state and we’ve explored a few other places which you might find just as appealing to explore! Check it out here.

If you have more questions or want to explore Aihole with us, please write to us – we’d be very happy to help! 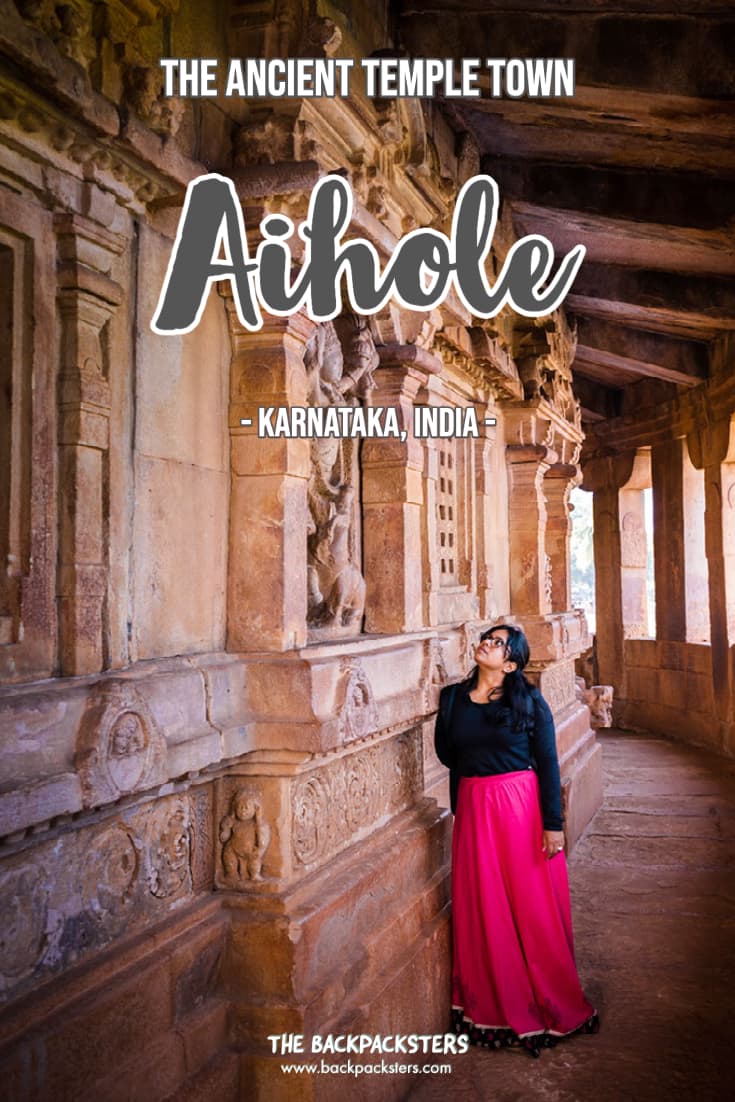 This article features in the Destinations, India categories 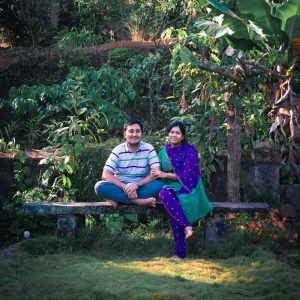 We're a fun, travel-loving duo from Bangalore, India. We've been exploring the world with two backpacks and a lot of curiosity as The Backpacksters since 2017 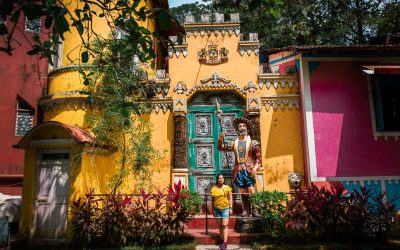 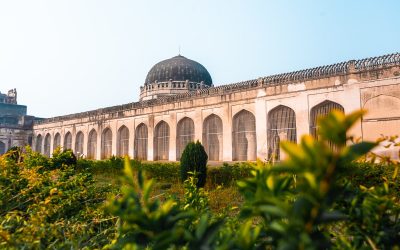 The Old City Of Bidar, Karnataka